New Equipment and the Move 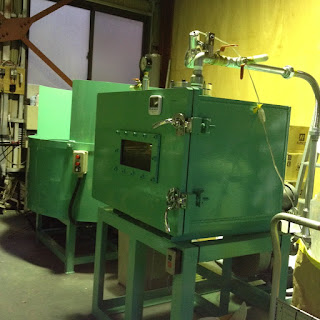 Its been almost a year now since we had to close our large space and move it all into one building due to costs.  Even after all this time Im still trying to make space as we had so much stuff we didn't use anymore and its expensive throwing out large garbage here.  One thing good was the timing, we had some new equipment delivered so I was able to remove part of the wall to move these two green guys in before I had to stack stuff in the paint area and cover up whatever access I would of had to the toy making area.  Thats a centrifuge and vacuum chamber by the way.

And here is the leftovers from the toy making process, pounds of cut vinyl flash and joint holes.  I usually don't have this much to get rid of but there must have been an event approaching, I can't remember when I took this picture, maybe NYCC and Dcon???  People ask why I don't use the extra for something, I don't think I could use even this amount in my lifetime and Im going to just make more in the future! 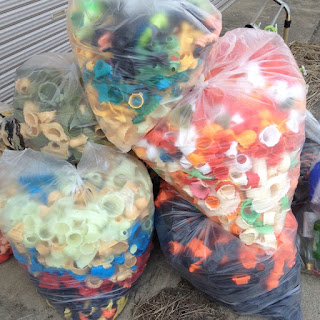 Posted by Shirahama Toy at 4:28 PM